We are OPEN and shipping as normal! Dismiss 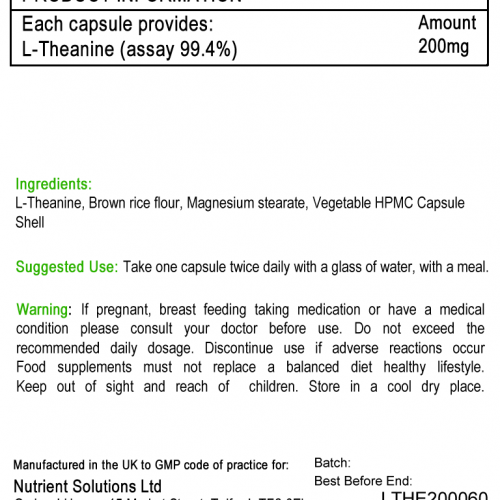 Theanine is an amino acid (a building block for proteins) found in black tea, green tea, (Camellia sinensis plant) and some mushrooms.

The human body does not produce this compound, and it is not essential for humans.

L-theanine may affect the levels of certain chemicals in the brain. These include serotonin and dopamine, which influence mood, sleep, and emotion, and cortisol, which helps the body deal with stress.

A change in the balance of these chemicals can change a person’s mood or stress levels.

Small studies have shown that L-theanine may offer a range of benefits and experts consider it to be generally safe.

What are the benefits of L-theanine?

Many people drink black or green tea whilst working, believing it boosts mental focus. A study conducted in 2012 supports this idea.

The researchers revealed that people who took 100 milligrams (mg) of L-theanine made fewer errors in an attention task than those in the placebo group. Drinking 50 mg of caffeine or combining the L-theanine and caffeine also improved people’s focus.

Several studies have suggested that L-theanine could help people relax before bedtime, get to sleep more easily, and sleep more deeply.

These benefits may result from the specific effects that the amino acid has on brain chemicals that play a role in sleep.

A study conducted in 2018 found that people reported having greater sleep satisfaction after taking 450–900 mg of L-theanine daily for 8 weeks.

People often drink a cup of tea or another hot beverage to help them relax. Research suggests that the L-theanine in green or black tea may contribute to this feeling of relaxation by reducing a person’s resting heart rate.

In 2016, researchers reviewed the existing research on the benefits of L-theanine and concluded that this compound could benefit a person’s mental and physical health. They noted that it seems to have neuro-protective effects, which improve brain function.

On its own, L-theanine may improve a person’s attention and reaction times. In combination with caffeine, it may improvements alertness and focus.

The L-theanine in green tea can create a savoury taste, also known as umami flavour. Research suggests that umami flavours may reduce appetite, which often helps with weight loss.

L-theanine may support the body in fighting off illness. Several studies have suggested that taking L-theanine could boost a person’s immune system, making them less likely to get common colds or the flu.

L-theanine may help reduce stress, and a reduction in stress and increased relaxation can lower the heart rate. In turn, this may help lower blood pressure.

Some research on animals suggests that L-theanine may increase the effectiveness of a chemotherapy drug called doxorubicin. It is possible that it makes doxorubicin more effective by increasing the amount of the drug in cancer cells.

NutriSol Health L-Theanine Capsules are manufactured in the UK to GMP code of practice and ISO 9001:2008 quality assurance certification. Only the finest quality raw materials in their highest and purest form are used.

These procedures ensure that the basic manufacturing practices and prerequisites necessary for product quality and safety are being followed. This goes above and beyond what is required so that we can guarantee you receive consistently high quality products.

Suitable for vegetarians and vegans. 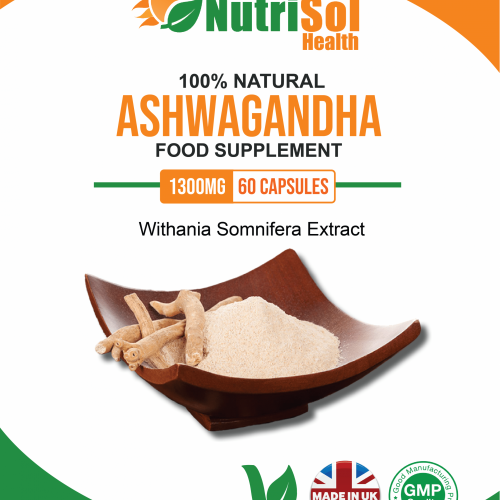